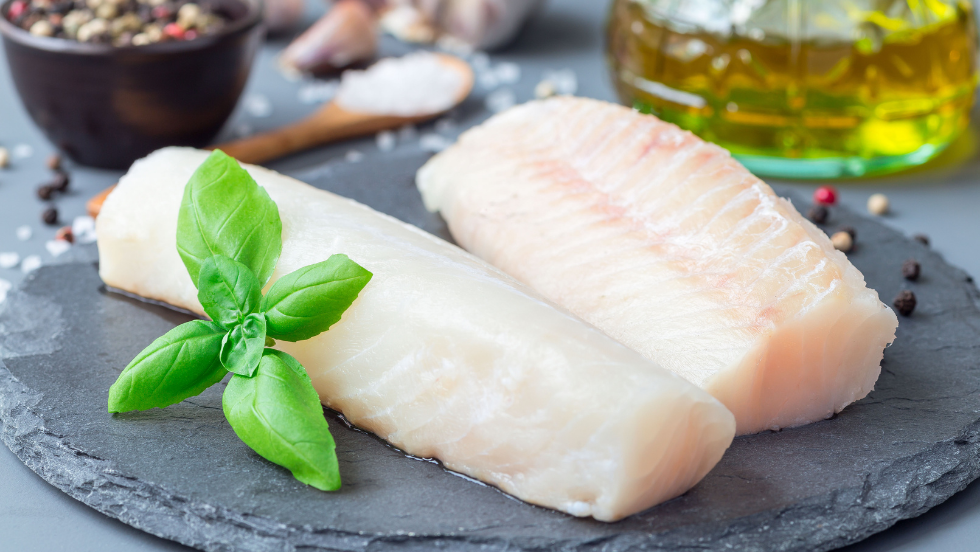 One can also make a distinction based on the fat content: lean fish contains less than 1% fat, while oily fish contains from 5 to 10%.

The benefits of lean fish

Fish is full of omega-3 fats, which are extremely important for the development of the baby’s body and brain, as well as for pregnant women.

It also contains proteins, sometimes the same amount as in meat, and vitamin D. The latter is essential to absorb and process calcium, therefore it helps develop a good skeletal structure. It is also high in phosphorus. Finally, lean fish is an excellent source of iron and potassium, as well as vitamin A and B12.

Choosing it and storing it properly

The first criterion when choosing fish is its freshness. Indeed, despite all the good things that fish can contain, if it is not fresh, there may be a risk of food poisoning.

For baby food jars, choose fish that does not have too many bones, such as monkfish, sole and sea bream.

The fish should have firm flesh and very adherent scales. It should have a light, fresh smell and, more importantly, it must not smell of ammonia. A trick to know if the fish is not fresh: the eyes should not be flat or retracted into their orbits, but they should be bright and shiny, standing out as much as they can.

When and how should I cook it?

Babies can start eating lean fish from when they are 7 months old.

To retain all the nutrients provided by fish, steam cook it or poach it. Plus, avoid cooking it with « saturated » fat such as olive oil or butter, because you would lose its energy benefits. Make sure you remove the bones in the fish before cooking it and giving it to the baby: your little one might risk choking itself.

After cooking it, you can add it to a purée by mixing it with a number of vegetables: carrots, pumpkins, aubergines, courgettes or fennel… There are very few vegetables fish doesn’t go well with!

A few weeks ago, ANSES, the French Agency for Food, Environmental and Occupational Health & Safety, issued a warning against possible contamination due to chemicals in the sea such as methyl mercury. The national health agency recommends eating freshwater fish at most twice a week.

It has very strict recommendations regarding children, as well as pregnant and lactating women and limits the consumption of freshwater fish to once every two months. It also recommends avoiding swordfish, marlin, spiny dogfish, sharks and lampreys … although these are rarely found in shops.